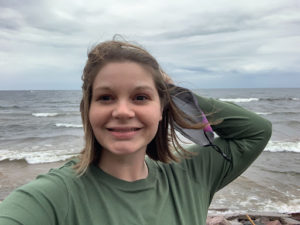 Katie is originally from Hesperia, MI (a small town in the lower peninsula), but now resides in Baraga. She decided to join CrossFit because she was looking to restart her fitness journey and she decided to complete a Spartan race and thought CrossFit would be the perfect thing for training. Her favorite part of Intro was learning all of the new lifting techniques that we cover. She is really excited about the motivational aspect of the group classes. She finds that it is easy to stay motivated when there is a group of people also working hard alongside each other!

Matt is from Houghton but now lives in Hancock. Matt did CrossFit a while back, but a friend recently convinced him to try it again. His favorite movement is anything heavy, but he particularly likes deadlifts. He is looking forward to getting back into an exercise routine and enjoying working out again! 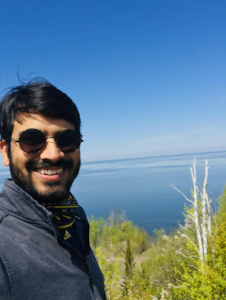 Originally from New Delhi, India, Sunit is currently living in Hancock to attend school at Michigan Tech. He studies architectural acoustics and found CrossFit in his schooling when he came across projects where people wanted a CrossFit gym on the 6th floor of a 21 floor building. As you all can imagine, this is not a good idea. But it did get him thinking that it would be a fun type of workout to try! His favorite movement during the intro class was the clean because he had never been able to do them in the past and he used to swap them out of his workouts. He is really excited to join the group class as the environment is fun and it is motivating with everyone alongside you which helps to push the intensity!