Before we get to the definition, I want to finish off the remaining three defining characteristics of foundational movements:

Universal Motor Recruitment Patterns – How similar are the movements? Functional movements have tremendous carry over and skill transfer to other functional movements, and by training functional movements you will get better at other things. For instance improvements in the push press will typically improve your pull ups and your running because you learn to use your hips more effectively.

Compound yet irreducible – You can’t break the movement down to smaller exercises or functional movements. A squat is a squat and there isn’t a simpler movement pattern to get the job done. And no, partial squats do not count no matter how many times you see them in Globo gyms. 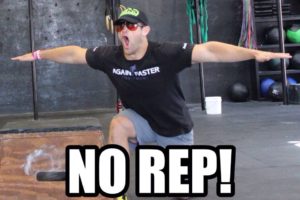 Based on the defining characteristics and the definition, we can then start to classify movements as either functional or not. Keep in mind that the defining characteristics do not always apply and that the definition should be the end all evaluation. For example, take the bicep curl. Is a bicep curl natural, essential, or safe? Is it a compound movement, a universal motor recruitment pattern, or core to extremity? Of those characteristics a few may apply which might lead you to believe that it could be – core to extremity and safe come to mind (definitely not natural – no one drinks like that). But when looking at the power equation we can see that it is not functional. You are not moving large loads, it is not a fast movement, and you are not moving the weight very far. Compared to a hang power clean with a DB, the distance is roughly the same (maybe a little more when you add the hinge), faster because of the addition of the hip, and you are able to handle significantly more weight. Therefore hang power cleans with DBs are functional, bicep curls are not. When in doubt, use the power test to see if a movement is functional. 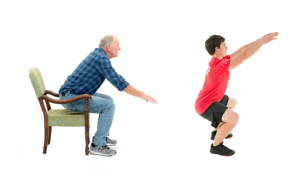