Fitness is a Vehicle

What do I mean by this? I don’t mean that it is literally a car that will drive on the road. I’m going for a more metaphorical meaning. You know, deep, meaningful, profound… Ok, now I’m just blowing smoke. Where we are going with this today is, once you start to truly work on yourself, where will you go?

Fitness, in general, is incredibly broad. In Crossfit we try to be as unspecialized as possible and dabble in pretty much everything and anything, but despite that, we should have some end goal, or underlying motivation. The possibilities are endless, and entirely up to you, so what do you really want to do with your fitness?

Fitness can and will get us there! Crossfit’s fourth model is the Sickness – Wellness – Fitness continuum. In a nutshell, this model states that every marker of health that you can imagine can be placed on a scale from Sickness, to Wellness, to Fitness. Take blood pressure for example: 160/95 is an example of very high blood pressure (Sickness), 120/80 is an example of normal blood pressure (Wellness), and 105/60 is an example of great blood pressure (Fitness). By lowering our blood pressure to fitness levels, we are not only getting healthier, we are providing ourselves with a buffer against sickness. Imagine someone who had a 105/60 blood pressure was injured and had to take 6 months off of training. Before coming back to training they had their blood pressure tested and were now at a 120/80. Yes, their blood pressure increased, but because it was low to start, they did not regress to sickness levels. This is the buffer that I referred to. And while this example is just one marker and entirely hypothetical, we can apply this continuum to our own personal lives with a variety of markers. We want to get as many markers as close to the fitness level as possible to increase our happiness and longevity. 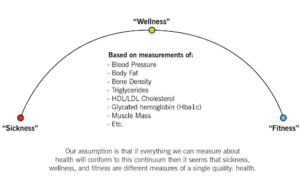 So where do you want to go with your fitness? Take some time this month to think about that and write down what you would like to accomplish. Once you know what you want to do, talk with the coaches to get their input and advice on how to structure your fitness to work towards your goals. 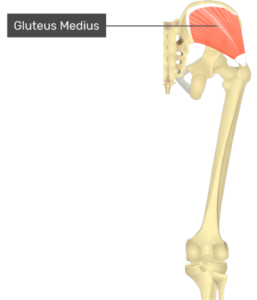 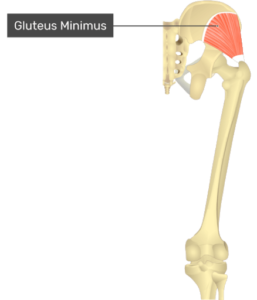 These two muscles share almost the exact same functions, which consist of stabilizing the pelvis during walking or running and abducting the thigh (lifting leg away from the body). Both muscles also medially rotate thigh at the hip (turn toes inward), however only the anterior fibers of the medius muscle produce this motion, therefore, the minimus tends to be the primary muscle for this motion. The gluteus medius is the only one of the two that is able to laterally rotate the thigh at the hip (turn your feet and knee out), and does so with its posterior fibers.

By just moving like a normal person we will work these muscles, much in the same way as the gluteus maximus. However, if you are looking to directly target these muscles to strengthen them or fix an imbalance, focus on banded walks, especially side to side motions, and abductions.

How do you measure Improvement?

This may seem a little silly, as you may think this is a pretty obvious question. You see improvement when your lifts and reps go up or your times go down. If you answered like this you would not be wrong, but you are also approaching the question in a very black and white fashion. What happens when the question is no longer black and white, but is more of a charcoal, or pewter, or graphite, or smoke? I know I could have just said gray, but listing colors is more fun.

Let me explain a scenario to you. Roughly five months ago you did Fran at the gym. Let’s say that you logged an Rx time of 5:34. Last week you did Fran again to check your progress, and you logged an Rx score of 5:40. Did you improve? If we go by the classic definition of improvement stated above, then no. But we need to look deeper into the specifics of your situation to determine if that is actually the case. The main component that is often overlooked is how did you feel? And don’t just say terrible. I know that already, no one feels good after doing Fran. 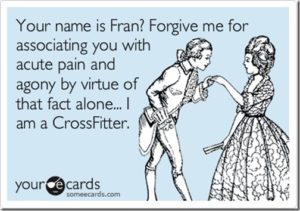 If, on the first attempt, you felt like you were going to die and failed several pull ups and your thrusters were iffy on depth, but on your second attempt all of your reps were solid, and you were walking around pretty quickly after completing, then you likely improved. Your technique was better and you had no failed reps, so you likely are stronger now, more skilled, and have a better idea on how to pace yourself and save your muscles from fatigue.

Another marker is heart rate. If your first attempt had you at 180 bpm and about to have a cardiac event, and your second event was a much more manageable 140 bpm, then you are more fit as well. You did the same amount of work, in basically the same amount of time, but were more efficient from a cardiovascular perspective. This is improvement!

You should also consider body composition as well, especially since this a bodyweight workout. One thing people tend to overlook is how much you weigh with regards to completing benchmark workouts. A couple further scenarios:

What all of this goes to show is that there really isn’t a clear definition of how we measure improvement at the gym. We have some pretty decent guidelines, but it really comes down to a case by case evaluation of the specifics of the two performances. Your mindset this month is to focus on these more obscure definitions of improvement. Try to notice and quantify the little improvements on your day to day workouts, because with time, they will add up to large improvements in your fitness. 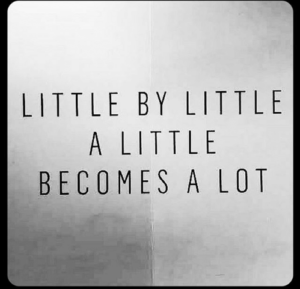 Let’s talk about butt stuff! No, that’s not what I meant, get your minds out of the gutter. We are talking about the glutes, everyone’s favorite muscle group! The gluteus maximus, or glute max, or plainly referred to as your butt, is the largest and heaviest muscle in the body. Due to its superficial positioning over the other two gluteal muscles (we’ll meet these guys next month), it makes up a large portion of the shape and appearance of each side of the hips.

In resistance training, the main goals for training the glutes are generally grouped into one of two categories: aesthetics and function. Everyone wants a good butt, and if you tell me you don’t care, you’re lying. There are entire workout programs and fitness trends dedicated to helping you make your glutes bigger and better looking. While aesthetics are important, we in the Crossfit community generally care more about performance (function and force production), although a nice caboose is a great side effect. 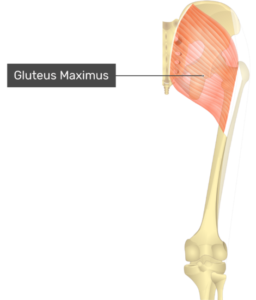 The gluteus maximus’s size allows it to generate a large amount of force. As the main extensor of the hip, it is used in pretty much every exercise we perform and has the ever important, and under-appreciated job, of allowing us to stand up unlike many of our primate cousins. The glute max also laterally rotates the thigh at the hip (turns your feet and knees out), and abducts the thigh at the hip (lifts your leg laterally away from the body).

To train the glutes you will want to perform squats, deadlifts, box step ups, running, and incorporate isolation accessory exercises like the glute bridge, banded walks, donkey kicks, good mornings, etc. The list is long as I mentioned before that we use the glutes for pretty much everything in some way or another. If you are looking for a great burner to test your glute strength, try doing 2 sets of 5 reps of glute bridges with a 30 second hold at the top without any rest in between the reps, and only 30 seconds of rest between sets. 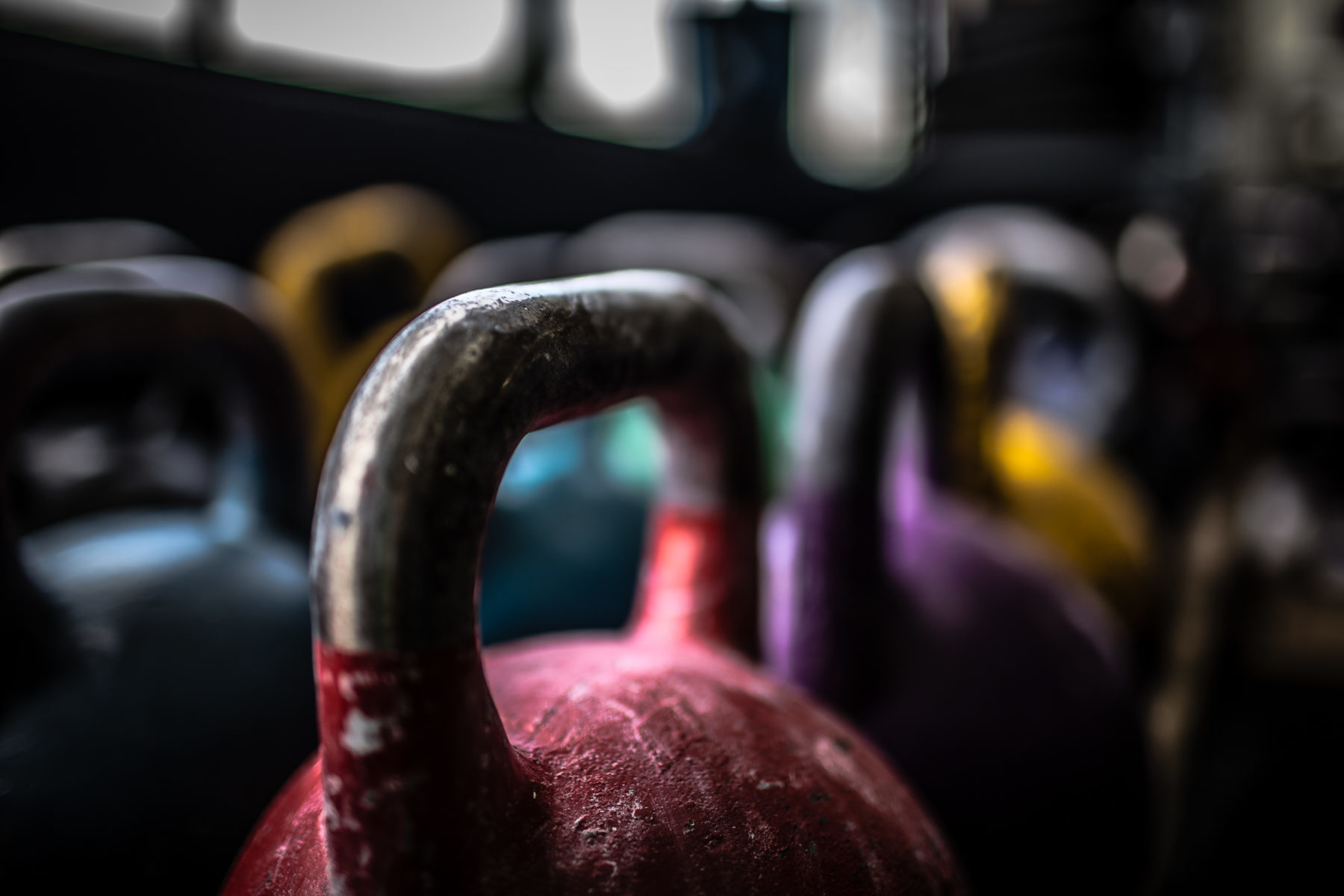 When you get into a good rhythm at the gym, it can be challenging to keep momentum during periods when you cannot be in the gym.  With the holiday season quickly approaching (I saw Christmas lights at Target already….) here are 10 workouts you can crush at home, your parents, in-laws…wherever the wind takes you!

1 min rest at the end of each round